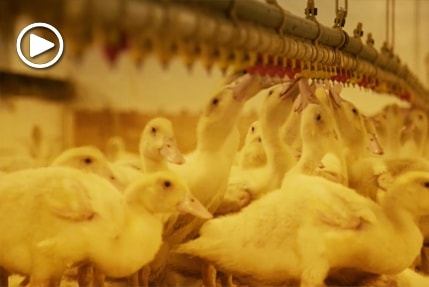 Nothing lights up my face faster that the thought of running off to Mexico. After all, by merely whispering the name I am instantly transported through midday reveries of imbibing lime margaritas to wash down tortilla chips laden with shiny guacamole and tomato salsa. Who could ever not crave one of those spicy burritos bursting with stewed meats, rice, beans, sour cream, and Monterey jack melting cheese? Thinking back to old Love Boat reruns, no trip to the shore of Puerto Vallarta was complete without the mandatory stop to a nearby taco stand where enthusiastic tourists sipped Corona beer while appreciating the boisterous sounds of the local mariachi band. Or so I thought.


I may not be alone in my fantasies (delusions is more like it!) of what Mexican cuisine must be like, but then again, my sources of information are universally American. Every US city, large and small, by now has some version of a Mexican restaurant, one likely to be part of a corporate chain, and one not likely to dispel inaccurate stereotypes. Many states bordering with Mexico are studded with tiny mom and pop comida stands, where the blackboard lists "classic" favorites such as enchiladas, burritos, and fajitas; none of which, by the way, are served in Mexico. Furious marketing campaigns have given birth to the Taco Bell dog, the jalapeño pepper and cream cheese popper, and the Tequiza beverage. Most of us have "one-too-many tequila shot" stories filed away, and some of us might even have celebrated a wedding, attempting the 'ole Mexican hat dance. Whatever the case of our foray into Mexican culture might be, it is guaranteed to be very far from the truth.


Generally speaking, much of the cooking around the country is vibrant, punctuated with the bold flavors of onions, fresh and dried chiles, cilantro and tomatoes. The modern cuisine of Mexico resonates with customs and traditional dishes of yore. Daily life continues to revolve around the marketplace, a wildly abundant source of goods and gossip. Corn is still milled locally, often with lime juice (called nixtamal), in preparation for making masa (tortilla dough). Cooking is done in skillets and clay stewpots called cazuelas. Frequently, the initial ingredients are first seared to further enhance their deep perfume. Additional techniques call for the ancient method of crushing and grinding the ingredients first in a stone mortar called molcajete.


You will not find sour cream rolled into your tortilla. Nor will you eat hard taco shells filled with cayenne-laced chili. Inquire about a frosty margarita? You will probably get a blank stare and a shot of mezcal. Do not fret. What I found in Mexico is so much better than I imagined.


For starters, there are broad differences, which reflect the diversity of Mexico's bounty


The most compelling reason for this culinary diversity is due to the six regions that comprise the country's geography. The North, known for its outstanding quality of beef, is characterized by cooking done over fiery embers resulting in charred meats, beef jerky, and smoky chorizo sausages. The South, on the other hand, exhibits a pronounced Indian heritage utilizing cinnamon and clove touches. The Yucatan owes much of its flavors to a Caribbean influence, while the West-Central region, including Mexico City, occupies itself with national prominence displayed in the likes of fried pork carnitas, red-chile enchiladas and bowls of pozole, a hominy-thickened porridge. The eastern Gulf states, such as Veracruz, and the western coastal states are the homes of simple but flavorfully-prepared fish and seafood dishes.


Public versus private dining creates different styles of cooking and eating as well. For example, Mexicans might stop at their favorite local cafetería (an equivalent of a café) or fonda (a marketplace stall) for a quick morning meal of café con leche (see the Coffeebox insert) and buttered bolillos rolls. Or they might opt for something heartier like huevos rancheros with fiery tomatillo salsa, the Mexican version of scrambled eggs.


In contrast, the traditional midday meal known as comida is a multi-course family affair very similar to an American dinner. It is practically sacrosanct in most homes. The comida is a leisurely ritual that begins uniquely in stages beginning with a broth or soup, then followed by a rice dish. The third course is likely to be a stew of meat or chicken and tortillas. Sometimes it might be a Mole Poblano, the most famous Mexican dish reserved for special occasions. This complex sauce/stew is typically made of dried chiles, nuts, seeds, vegetables, spices and finished with a little dark chocolate. The fourth course is a bean or legume dish. And lastly, the meal is completed with a dessert course, such as candied sweets, custard flans or rice puddings. It goes without saying that the comida is accompanied by frequent sips of tequila. Only a few unlucky urbanites stuck in modernized habits forgo returning to their familial homes for this important meal.


And while the comida is obligatorily spent with family members, the evening supper is reserved for friends and neighbors. The supper is the time of day when locals take to the streets and the atmosphere turns jovial. Street vendors pop up to display their talents, and Mexicans relish favorite dishes and snack foods (antojitos) that would rarely be made at home, such as tacos, grilled meats, and steamed tamales. One can usually spot big cauldrons of moles and stews bubbling over propane fires. Large platters of whole confit pigs are readily displayed, and the meat is systematically taken apart for various uses. Sheets of pork skin are turned into chicharrones, a favorite Mexican snack of deep-fried cracklings, and served everywhere like potato chips accompanied by dipping sauces of red and green salsa, and guacamole. Chicharrones are also crumpled and used to garnish tacos. Pickled pork feet are featured in a delicious soft tortilla taco garnished with onions, cilantro, and crema, a waterier version of crème fraîche. Innards, such as the tripe, are turned into delectable stews.


Rest assured, I have not suddenly become an expert on Mexican cuisine. Rather, my new working knowledge stems from my trip to Mexico City this past spring, where I tasted first hand the various magnificent offerings from the midday comida to the nightly specialties of individual street stalls. I was invited to the 60th birthday celebration of Carmen Titita, a great Mexican chef and owner of the renowned El Bajio restaurant. Her unexpected involvement in the restaurant resulted from dire necessity. Having been suddenly widowed, Carmen, who was not a professional chef at the time, took over the reigns of her late husband's business and turned it into one of Mexico's greatest restaurants; no small feat for a Mexican woman with five small children!


Today El Bajio is a large, very colorful, moderately-priced, family-operated restaurant specializing in Carmen's native Veracruz cuisine. Located in an out-of-the-way neighborhood, the restaurant draws an eclectic mix of customers that includes artists, workers, and professionals. The interior is a visually playful mixture of red and orange hues, with yellow wooden chairs, brightly colored tablecloths, and cutout paper placemats. Walls lined with Day of the Dead skulls and artisanal paintings complete the decorations. The atmosphere is relaxed but festive and very inviting.


Carmen's birthday fiesta started in the afternoon at El Bajio and continued long into the night. Women and men were requested to don traditional shawls and 50's-styled leisure shirts respectively. Upon entering, each guest received a small clay pot that was hung around his or her neck. It was the intention to have it continuously filled with tequila! The usually festive atmosphere of the restaurant was enhanced on this day courtesy of a 15-piece mariachi band, which was replaced in the evening with a 12-piece Cuban salsa band.


While Carmen enchanted us with her elegant presence and gracious stories, we were treated to some of the most memorable and delicious food I have ever tasted. Some of the dishes included Bocoles, a Veracruz specialty of grilled jalapeño-flavored masa cakes, filled with queso añejo, an aged, salty, cow's milk cheese; Green Sierra Seviche made by marinating Gulf water sierra fish with avocados, onions, cilantro, and lime juice; and Pollo en Pulque, shredded chicken stewed with onions, garlic, chiles, and pulque, the traditional drink of fermented maguey cactus juice. Another wonderful dish, tequila carnitas, was a meaty stew made with pork confit cooked with chiles, onions, tequila and beer, and accompanied by the freshly made tortillas stored in clay "gourds".


At the restaurant as well as at her fiesta, Carmen served traditional garnishes in the center of each table. These included red and green salsas; a mixture of chopped onions and cilantro; lime wedges; and mulato, an interesting condiment of roasted sweet and spicy mulato chiles, garlic and seasonings.


All the spicy food and hot dancing made the guests parched to the hilt. To cool off, a plethora of drinks was offered, including fresh juices made from mangos, tangerines, and hibiscus blossoms, called Jamaica flowers in Mexico. Also available was traditional horchata, a milky rice drink flavored with cinnamon. Mexican beer, namely Bohemia, Superior and XX Oscura, were on hand for everyone. Rounding out the selection was Herencia de Plata tequila, a clear, smooth mezcal libation served with a lime wedge and a tomato/orange juice chaser. The tequila flowed freely that day, as it does every day in Mexico, and I myself seem to recall a few tequila pours into my own clay pot!


After a full day of celebrations, the guests enjoyed a chili-spiked broth containing chicken and corn on the cob. Apparently, this traditional soup is served after a long day of festivities and is meant to revive the weary celebrant in preparation for a second round. Although delicious, this soup was nothing compared to the remarkable sopa de medula found on El Bajio's menu. It is a rich and unusual blend of beef broth, chile peppers, and pieces of beef spinal cord.


We subdued our collective sweet tooth throughout the day with an assortment of homemade sorbets, individually wrapped marzipan candies and a special Veracruz layer cake made with marzipan and prunes. The pièce de résistance, however, was brought in sometime after midnight in the form of a four-foot candle "torte"; literally, a multi-tiered platform alit with 60 white cathedral candles. The guests hollered and cheered as Carmen methodically blew out each one.


I have always been grateful for Carmen's friendship, and felt extremely honored to be invited to her distinguished birthday fiesta. It allowed me to experience such a universally celebrated occasion through Mexican eyes. It also afforded me such an enormous education in the culinary ways of this remarkable and colorful culture. So I haven't exactly stuck to my resolution of making my own tortillas and mole sauces. But at least I have come away with a new appreciation for those authentic flavors and a renewed vigor to return to Mexico as soon as I can. I never even missed the sour cream! Now about those Taco Bell commercials…